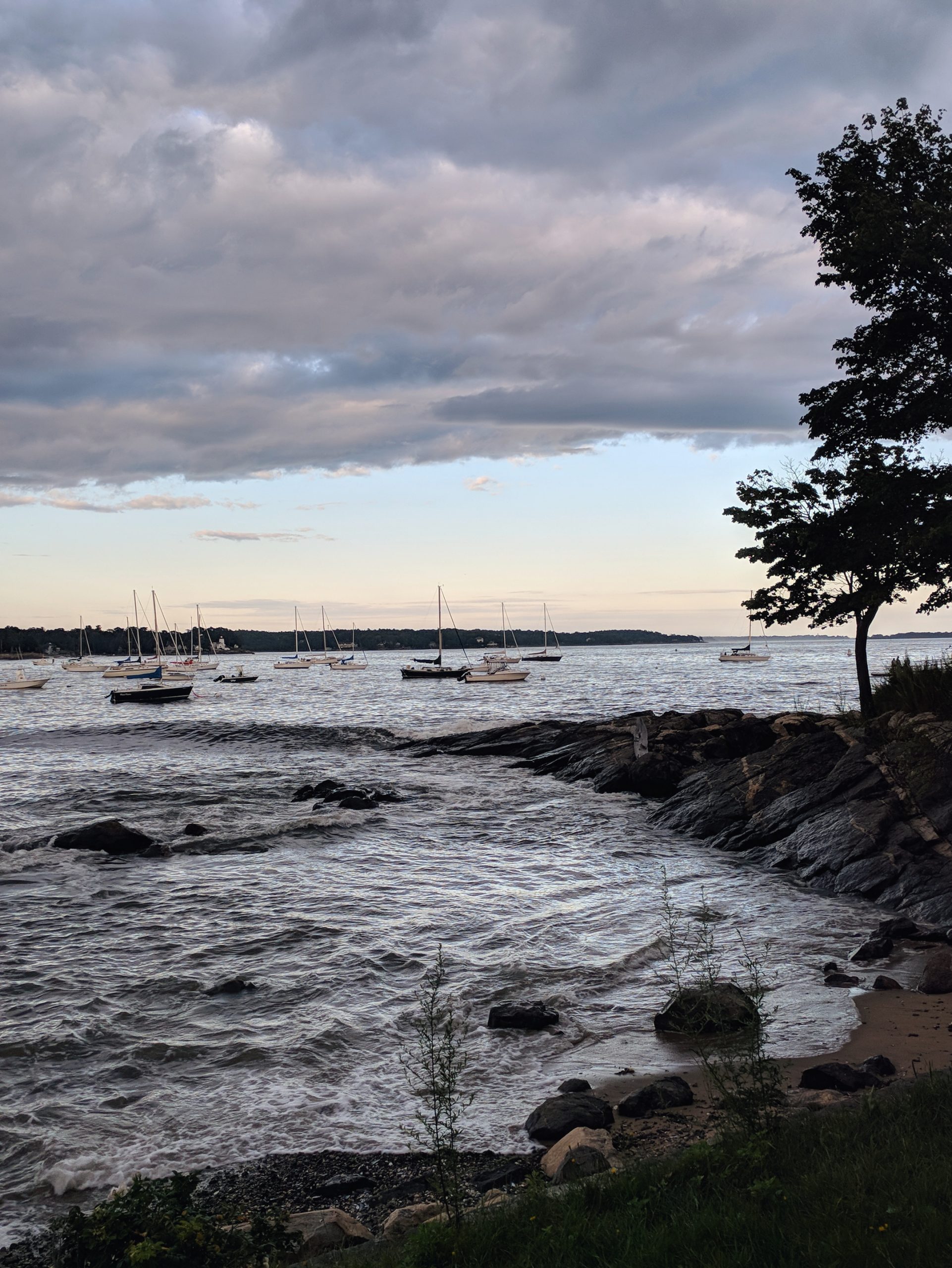 Salem is a popular destination around Halloween, and rightfully so. It’s home to the infamous Salem Witch Trials that took place in late 17th century, where 200+ people were accused of witchcraft, and 19 were found guilty and hanged. The Trials are now known as a case of mass hysteria, and all those accused eventually had their names cleared. That said, the legacy of such a traumatic event leaves an unsettling and spooky association with the town of Salem.

While many tourists flock to Salem in October for the witchy and haunted activities, I’ve frankly never been much of a Halloween person, and never liked “scary” things. In middle school, I went to a Halloween party where we watched The Lovely Bones, and I went home and cried and was afraid to sleep alone for months. So, it should come as no surprise that I participated in no spooky activities when I went to Salem last month haha.

Salem is actually quite a lovely town in general, with lots of family-friendly activities. If you’re also not a huge fan of the haunted houses and witch museums, or if you’re just looking for non-spooky things to do, here are my suggestions.

(I want to add a quick disclaimer that I think the history of the Salem Witch Trials is super important, and that the Salem Witch Museum isn’t actually that spooky—it’s more focused on the history of witches in general and the Trials. I’d already visited the museum before my last stop in Salem, so I didn’t go again. If you haven’t visited though, I would definitely recommend it!)

If you go on the weekend, be sure to get the unlimited weekend pass for $10. I’d also recommend downloading the MBTA mTicket app to buy your pass on your phone, which is super convenient.

(family, date, and solo traveler friendly; map at the end)

This post contains affiliate links, meaning that I may earn a small commission on any purchases or bookings completed through these links. This doesn’t cost you any extra, and it’s a great way to support my blog if you find this post helpful 🙂

*The arcade is closed due to the pandemic, but the park is still open, and I believe some food vendors are open. Please verify before going. 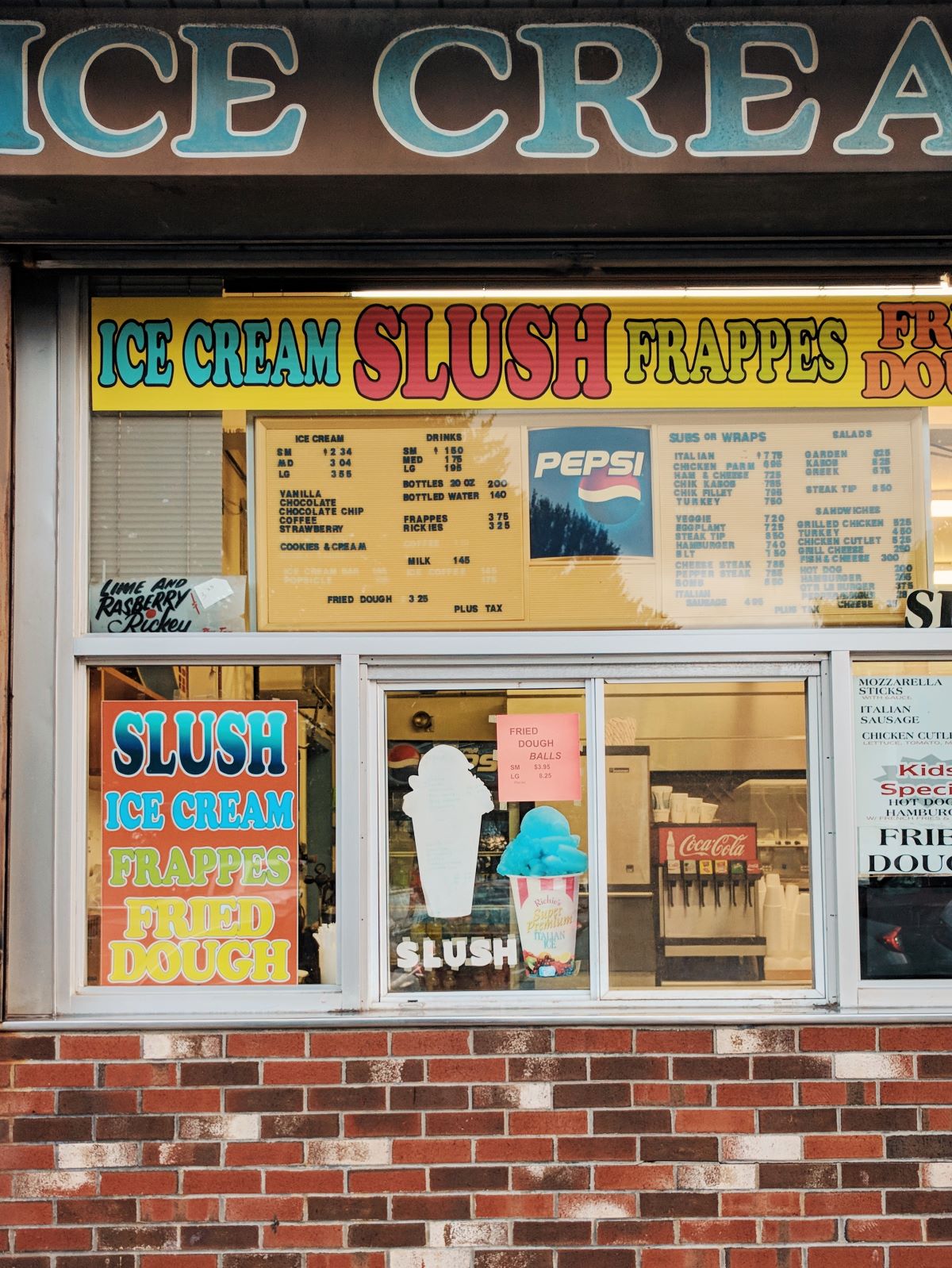 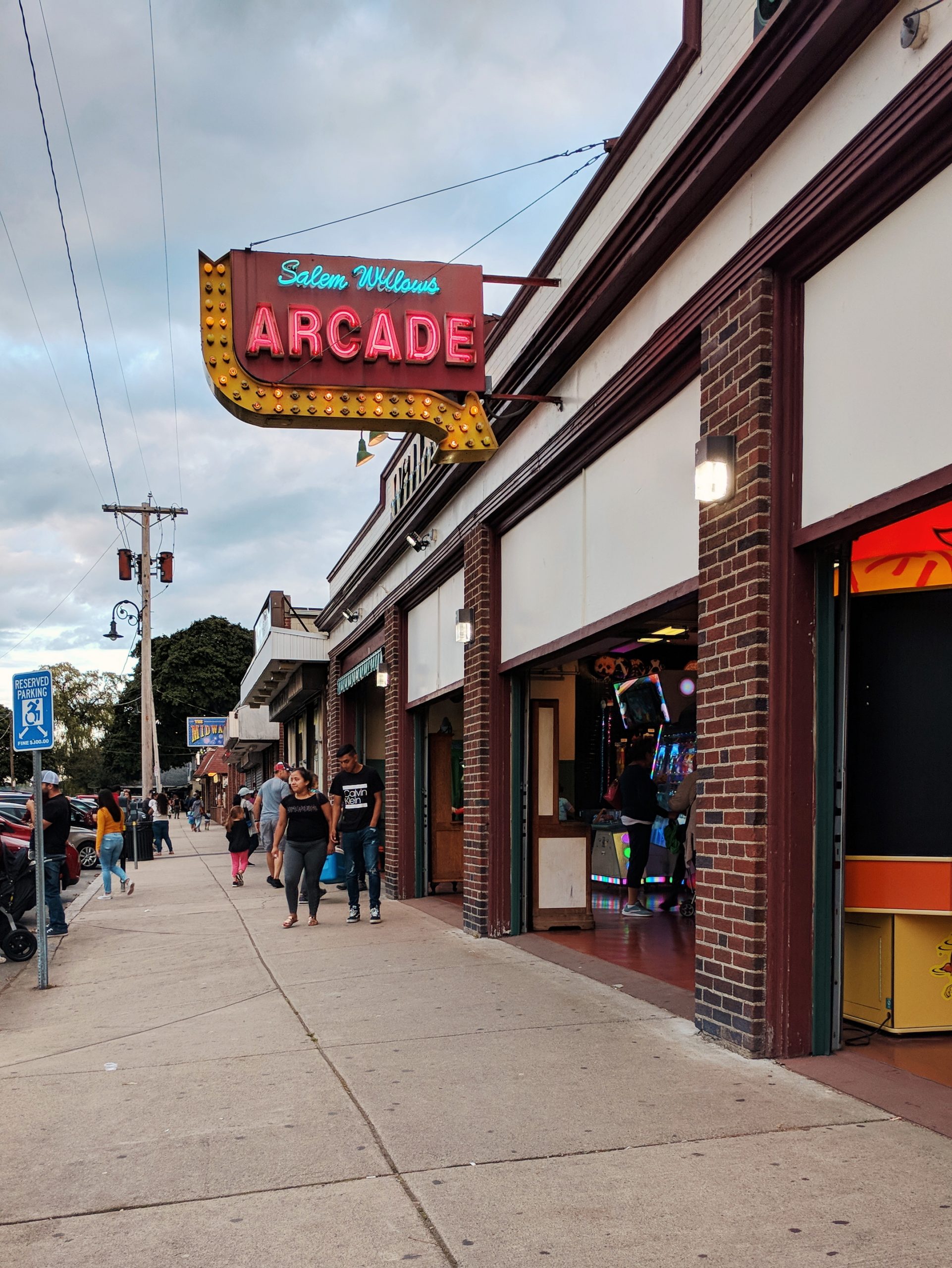 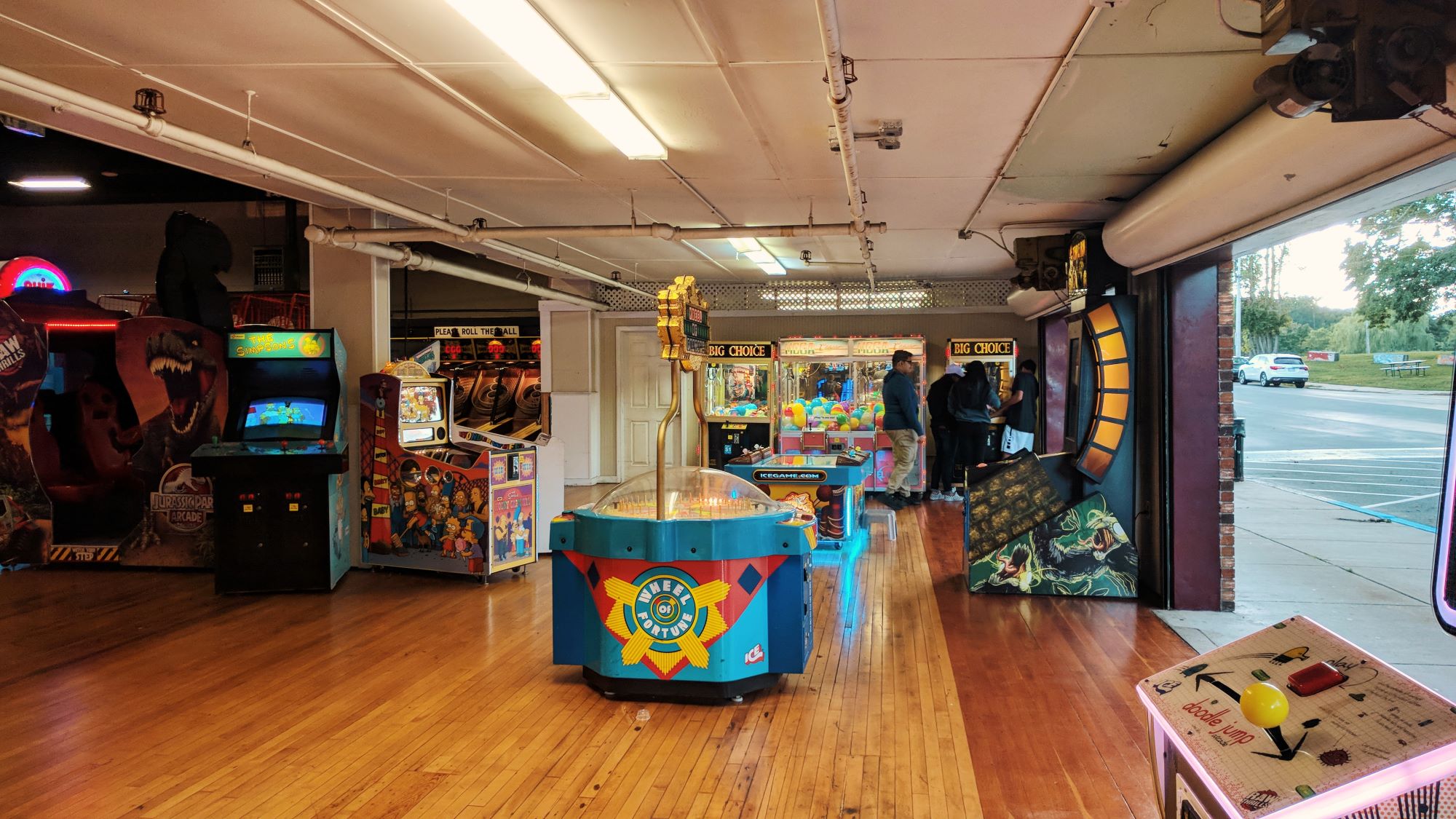 I couldn’t believe that Salem Willows Park isn’t one of the more commonly-suggested things to do in Salem, but I guess it could just be overshadowed by all the witch activities. This park also isn’t in downtown Salem, which makes it a little less accessible—it’s 1.5 miles out, on a little peninsula. You can get there easily just by going on a long walk, taking an electric bike or scooter, or calling an Uber/Lyft ($10).

Salem Willows Park was my favorite part of the town—it’s basically a classic seaside boardwalk with an arcade, junk food (soft serve, burgers, pizza), and a dock for fishing. Be sure to bring cash if you want to play arcade games, as they have machines that convert cash into tokens for the games. Each game is around $1 (4 tokens). I had a lot of fun playing Deal or No Deal and Skee ball—I hadn’t been in an arcade for 10+ years, so it brought back lots of childhood nostalgia 🙂 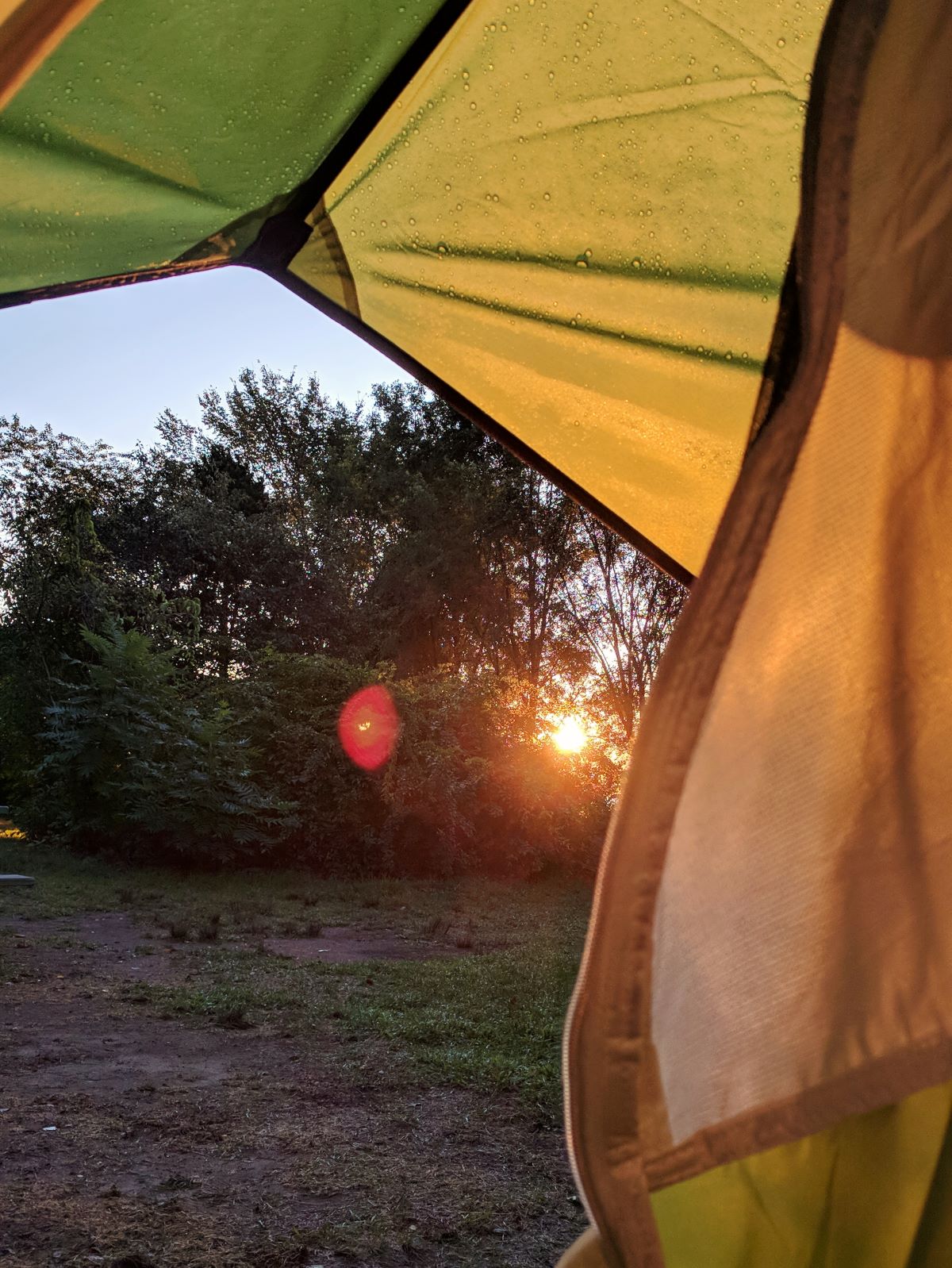 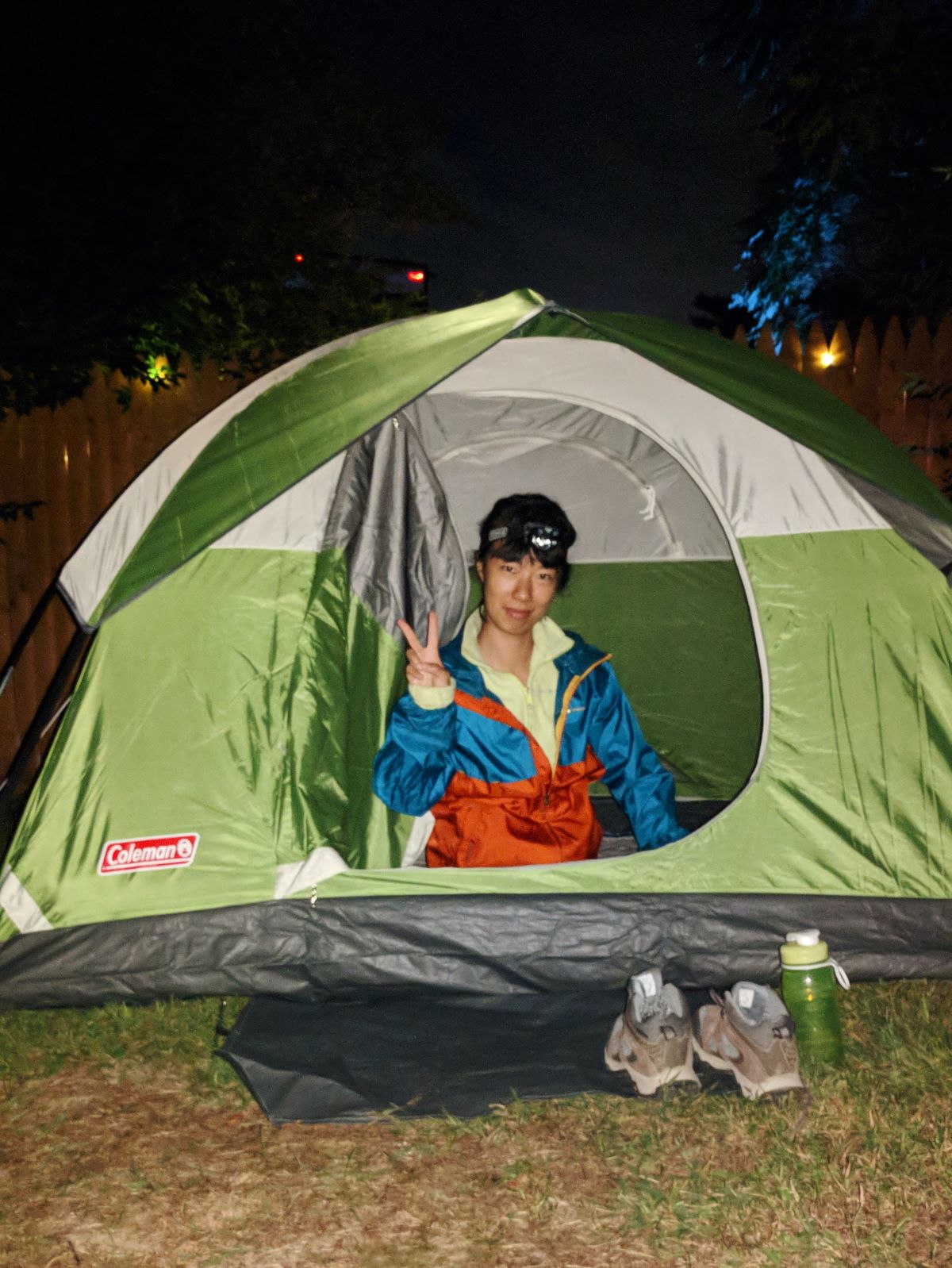 This looks like an anachronistic vintage ad gone wrong LOL

I unfortunately don’t have a lot of photos of the park, as I arrived when it was getting dark, and had to rush to leave in the morning for a race. Winter Island Park is on the same peninsula as Salem Willows Park, and is just over half a mile away. The campsite had super clean bathrooms, and felt pretty safe. It can get a little noisy on the weekends though, as a lot of groups come here. Don’t expect total peace and quiet, but also don’t be afraid to ask people to keep it down.

You can reserve a tent or RV site on ReserveAmerica. Non-electric tent sites start at $35 (plus $3 booking fee), which is what we paid. Also be aware that the hand dryers in the bathrooms are SUPER loud, so get a site further away from the bathrooms if you’re a light sleeper.

There is also a beach in the park called Waikiki Beach (like the one in Hawaii lol). According to TripAdvisor reviews, it’s small but relatively well-maintained. You may have to pay $5-15 for parking and entry to the park if you’re not camping there.

Need camping gear? We used this Coleman Sundrome Tent, which kept us safe and dry from the rain. If you need a sleeping bag, this one is well-reviewed. These links go to Amazon, but I also encourage you to try to buy from small, local shops if you can, or a specific sports retailer like Dick’s. 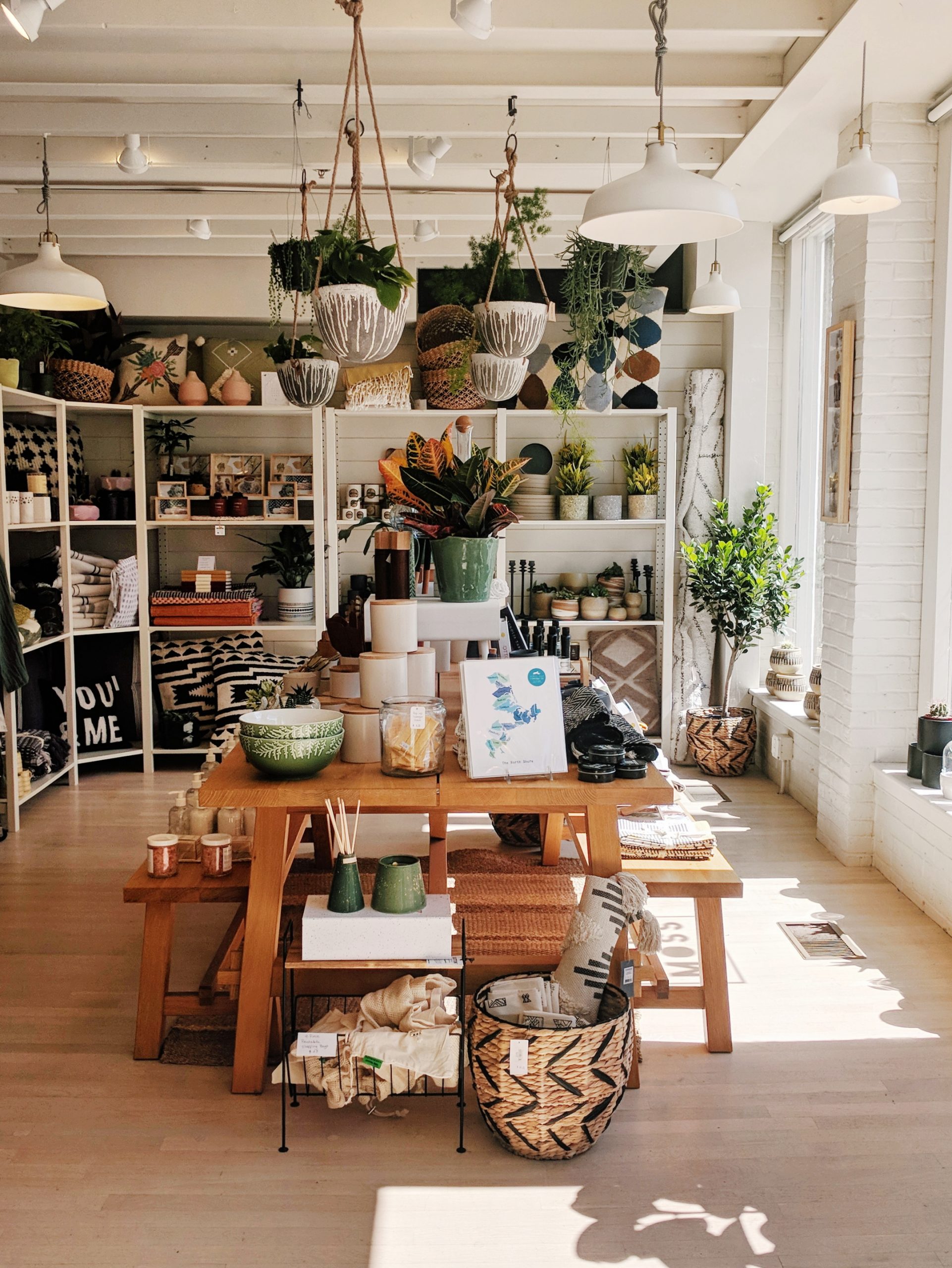 The Cheese Shop of Salem 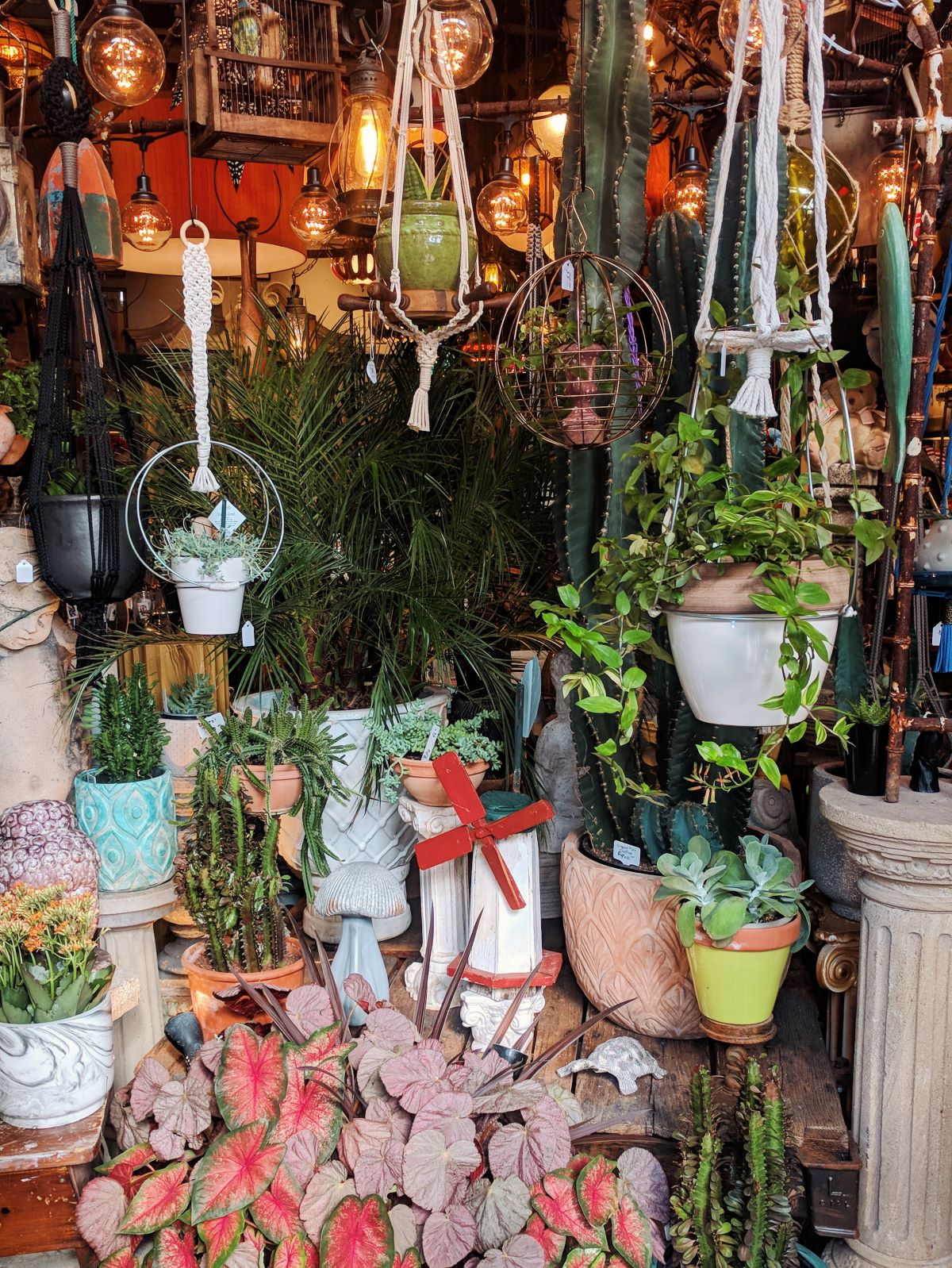 There were a ton of cute shops in Salem, and not just the ones selling witch-related souvenirs. Here are the ones I stumbled into, or ones I wish I’d visited:

This store was super aesthetic. I’d describe it as an interior decor shop, as it’s filled with plants, wall art, cute mugs, candles, and cook books. I didn’t have a lot of time to look around as I had to catch a train, but I would’ve loved to spend more time here.

The Cheese Shop of Salem

The staff in this store were super friendly, even though we were carrying a ton of camping gear. I didn’t feel judged at all, and the workers chatted and joked with us. In this shop, you’ll find fine European wines and cheeses, other imported specialties like stroopwafels, and local fare like Somerville chocolate. The store is very pricey, but it’s fun to browse around, and great if you’re looking for European specialties.

This is an eclectic plant and antique store filled with hanging plants, preserved spider paper weights, and old carousel horses. It feels kind of jungle-y and exotic inside, as there are so many plants and unique items. Prices can be pretty high here, but the shop is definitely worth checking out.

I didn’t actually go to this shop, but I wish I had! It looks like this is basically an antique mall on the wharf, and is much larger than the other stores I mentioned. It’s not far from the popular Salem Wax Museum, so take a gander at this shop if you pass by and let me know what you think. 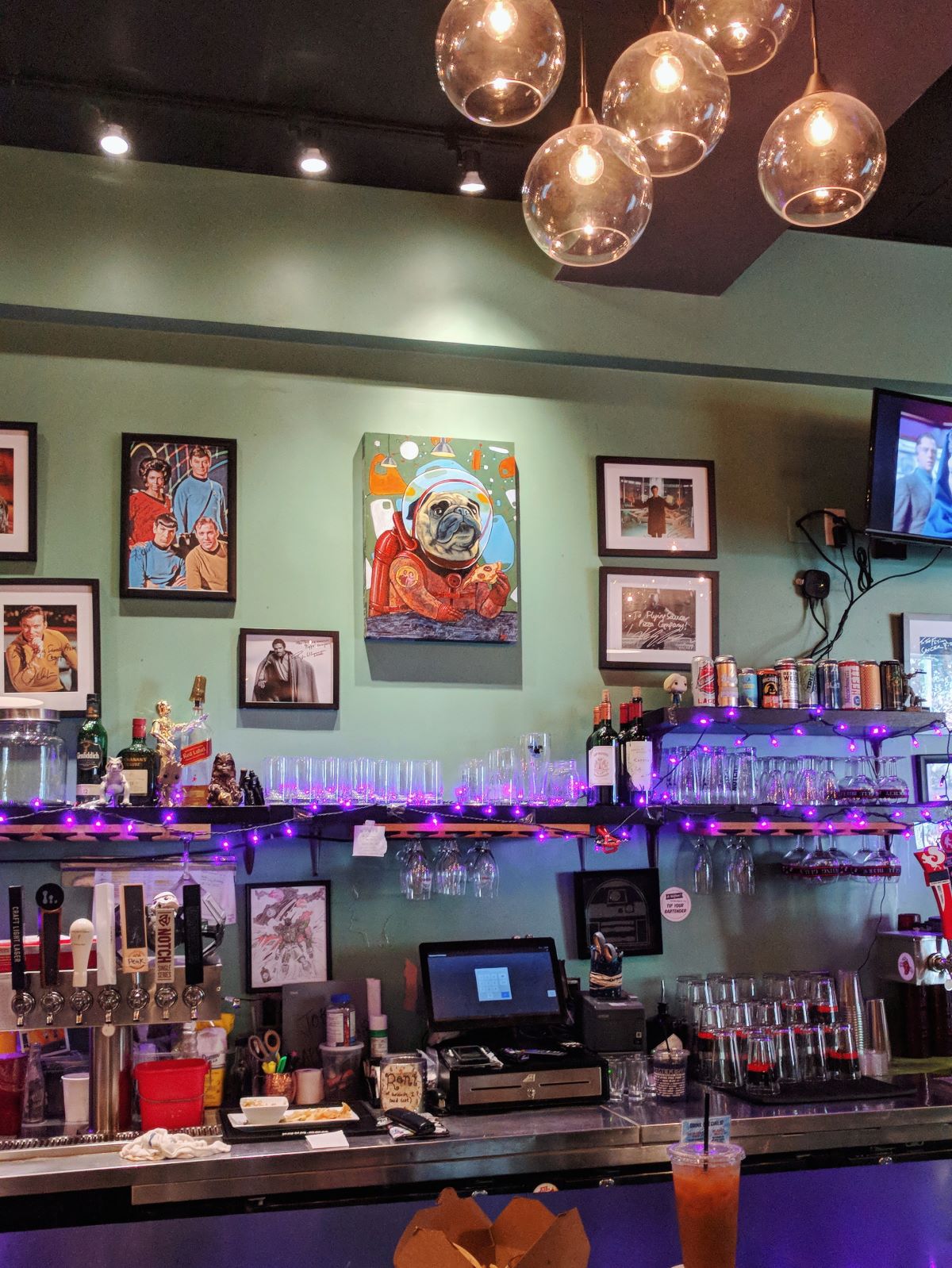 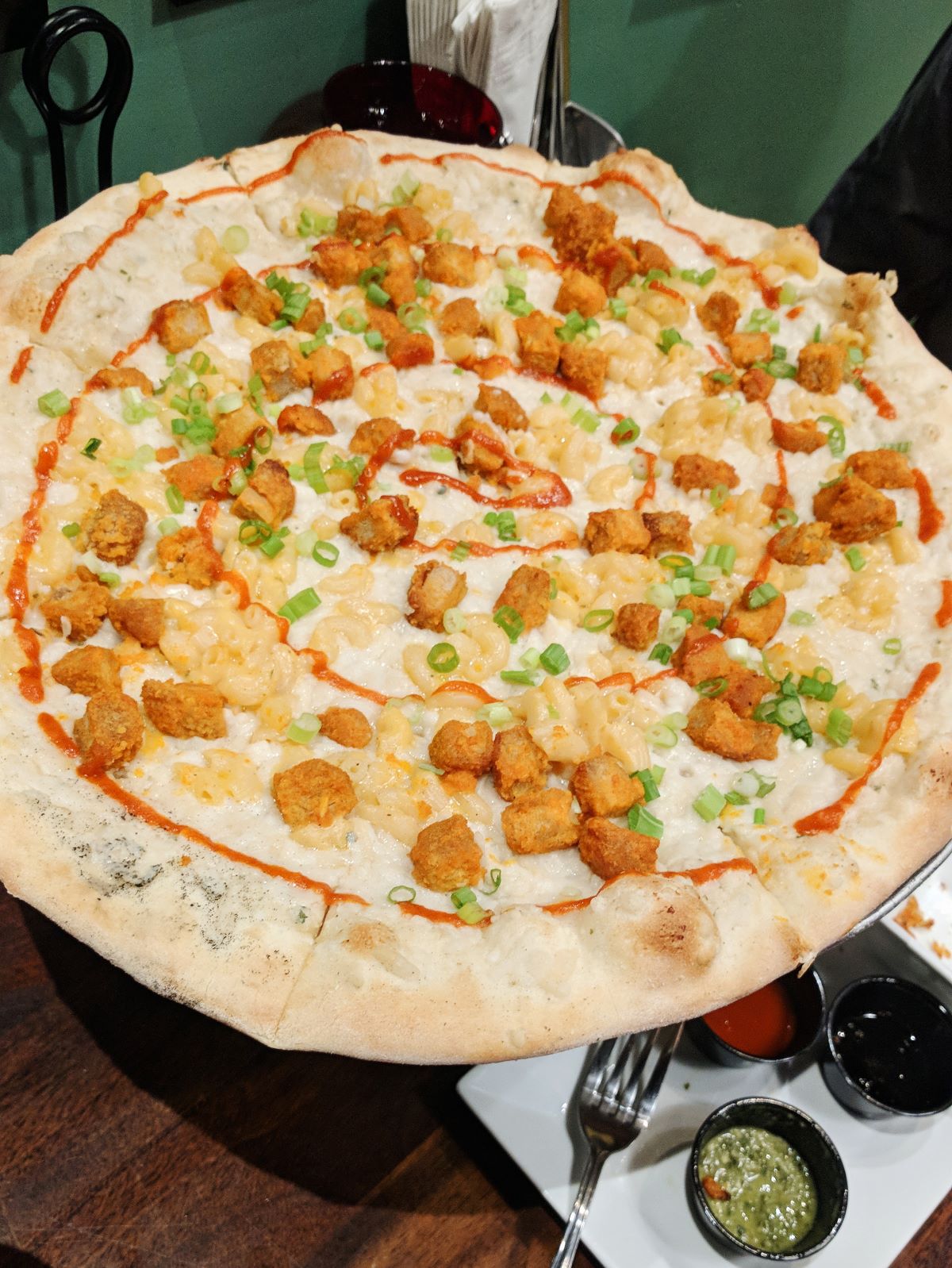 I knew I had to go to this restaurant as soon as I saw that they had vegan pizza. The food was pretty pricey, but the options were unique and decently tasty (I’d give it a 4/5); the large pizzas were HUGE too, and basically 2 meals for 2 people. I liked how the names of the menu items made references to sci-fi films and video games. We got the vegan Nick Fury pizza (character from Marvel) and Fire Flower cauliflower wings (Super Mario pop-up). The setting is also super fun, as the walls are covered in murals of outer space and old movie posters. They also had some Star Trek and science documentaries playing on the old TVs above the bar.

5. Grab a beer at the Notch Brewery (and run the Salem Road Race) 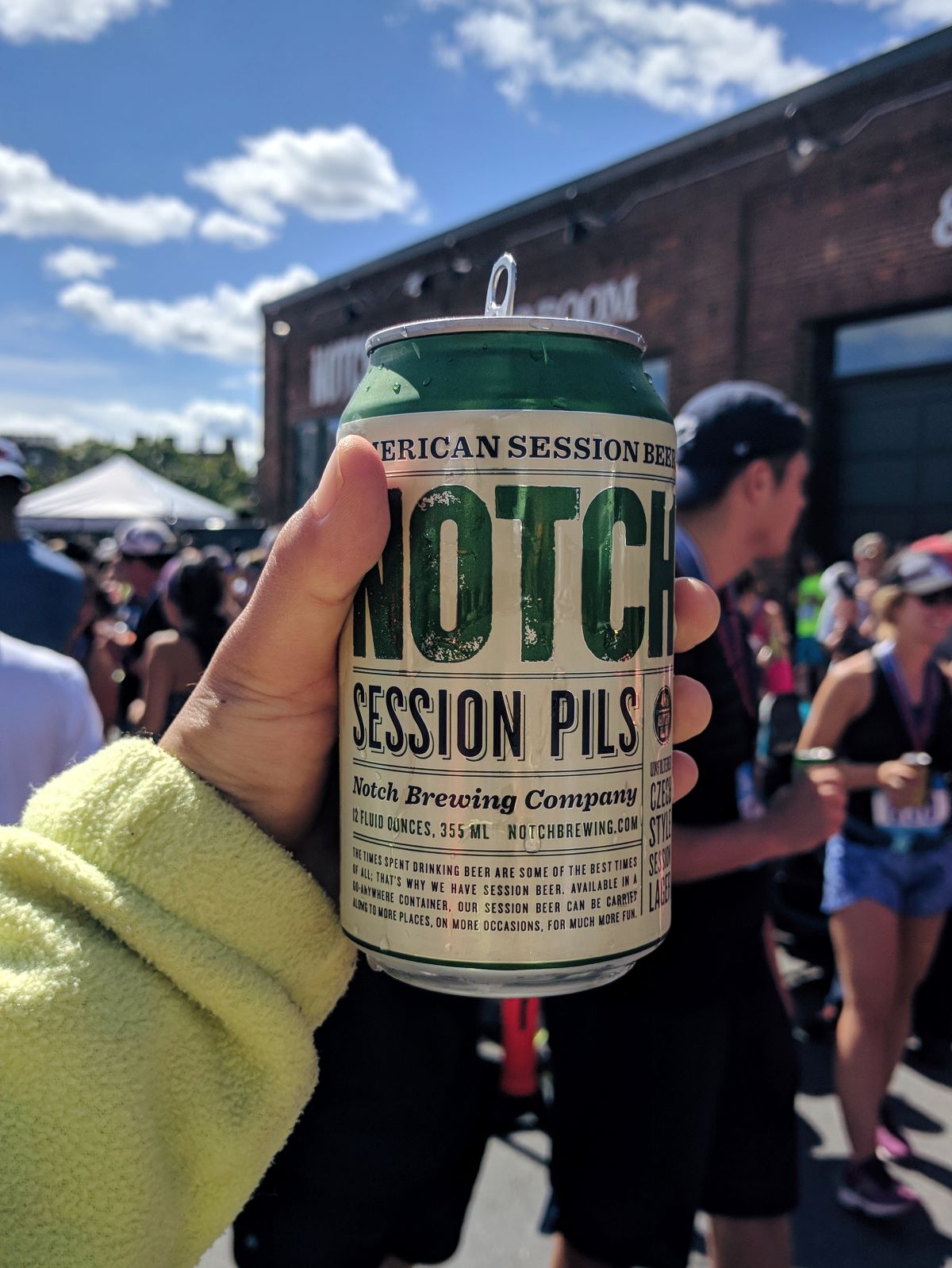 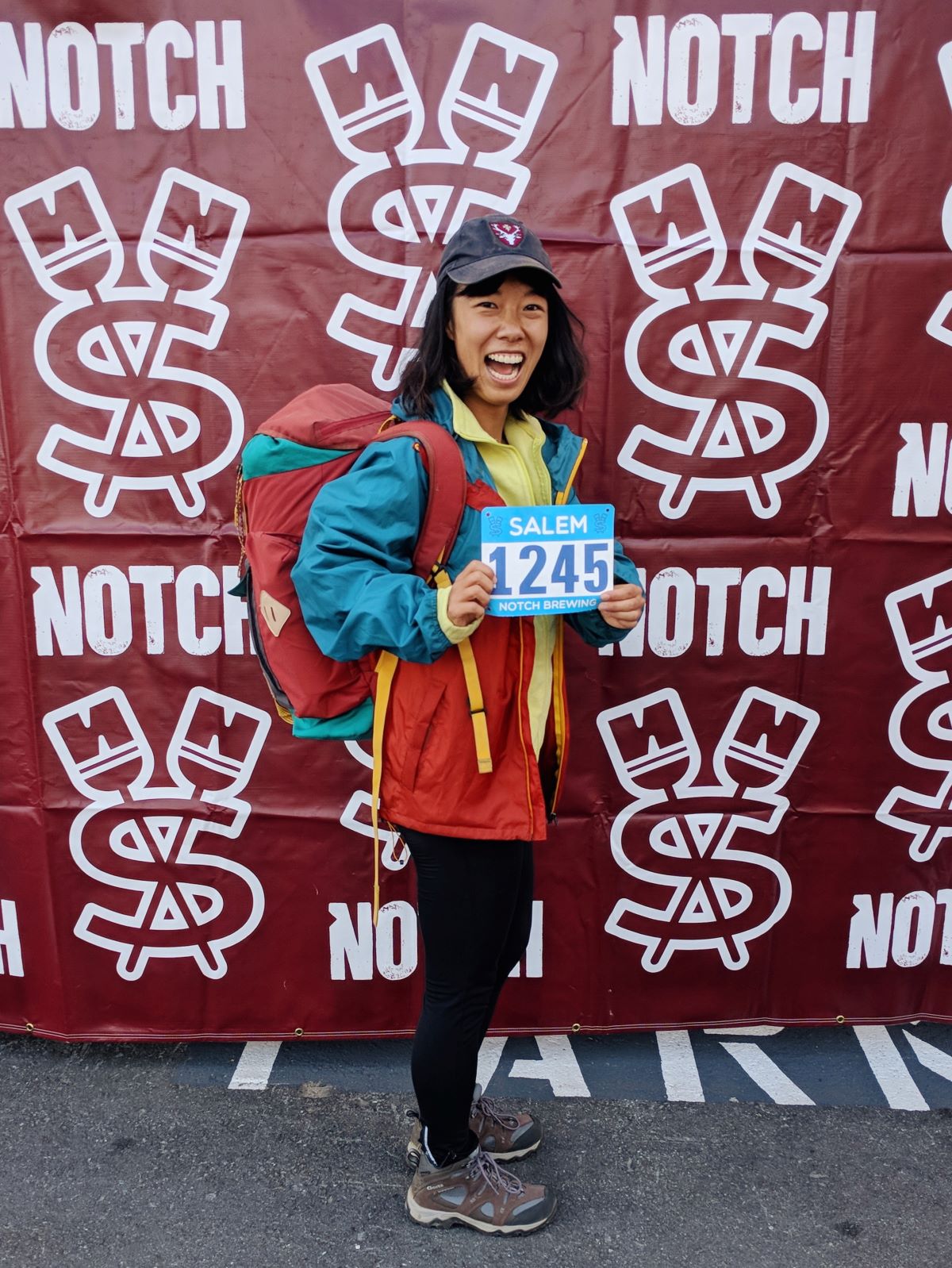 Disclaimer: I don’t really like beer (gasp!), but this brewery is apparently a popular one, and they have outdoor seating right by the water. I learned about Notch Brewery since it was sponsoring a 10k I signed up for, and the after party was at the brewery. If you like beer, definitely check this place out, and if you like running, I highly recommend the Salem Road Race 10k in September (see my race review here).

Map of Non-Witchy Things to Do in Salem

Where to Stay in Salem

I think a visit to Salem can be easily done in a day, but if you’re looking for a place to say, there are many lovely apartment rentals and hotels. Here are some options for all budgets:

Budget ($40)—Like I mentioned, camping at Winter Island Park is probably the cheapest accommodation. There doesn’t seem to be a lot of budget Airbnbs that allow short-term stays, at time of writing. Most require at least a 2-night stay, and add up to almost $100/night after fees.

Mid-level ($140)—The Hotel Salem is located in the heart of the town, and offers modern rooms with colorful accents. There’s also a rooftop restaurant and bar.

Fancy ($200+)—If you want something with vintage charm, the Hawthorne Hotel is a historic brick building just steps away from the Salem Witch Museum. There’s also an on-site restaurant and bar, plus a fitness center. You can also rent bikes for free.

I hope this gives you some ideas of things to do in Salem that aren’t witch-related or haunted. If you’ve been to Salem, let me know if there’s anything you’d add to the list!

If you’re interested in exploring more of New England, you might also like these posts:
6 Day Trips from Boston by Train
Berkshires Travel Guide: An Outdoorsy Weekend Itinerary
Coolest Hikes in Acadia National Park, Maine
Local’s Guide to Vegan Ice Cream Spots in Boston
Liked this post? Pin it for later and share it with others! 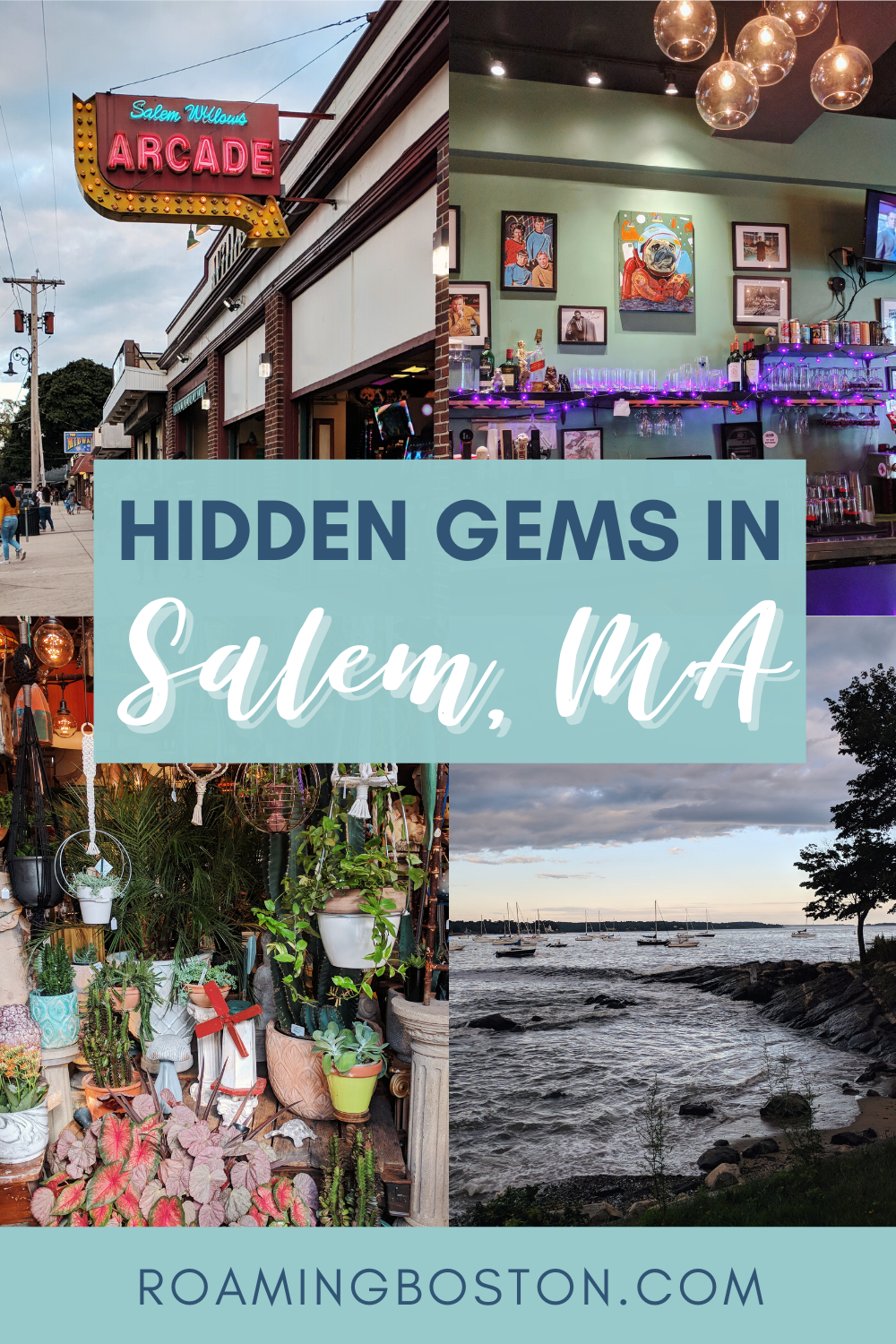 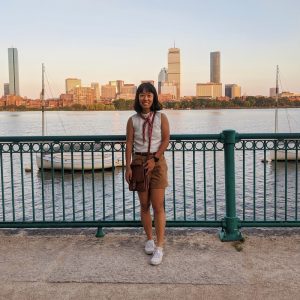 I’m Lily, and I lived in Boston for 3 years. This site is where I share all my favorite spots and tips. Whether you’re visiting the city or living there, I hope Roaming Boston makes your time easier and more fun!